Posted on October 4, 2015 by The Kancamagus Kid

I left Manhattan about noon, and made very good time west through New Jersey, Pennsylvania, Maryland, West Virginia, and into Virginia. The fall colors are starting to hit nicely, and there were some exceptional examples along Route 81 heading south.  I arrived at my usual Skyline Drive-North hotel,  325 miles and 5.5 hours later. 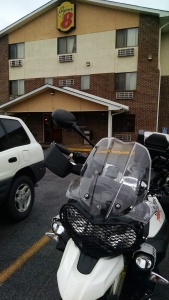 The bike is running well although my right-rear turn signal bulb died. There is a Triumph dealer in Tallahassee when I get there in a few days; I need a second luggage key made, my bars seem a millimeter off center, and by the end of this trip the Tiger will be approaching the 12,000 mile service & new tires soon after that.

The Gerbings gear was used today when the cloud cover reached 100% as I crossed into Virginia and probably will be again tomorrow morning as I ascend the mountains early.  That same cloud cover is misting now and I expect zero visibility until late morning tomorrow. just before I left, Wendy collected a Godfather II (an Italian sub with extra fresh jalapeno peppers) from the local deli & at the gas station here I picked a local fave to go with it: 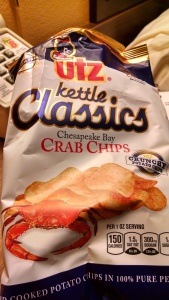 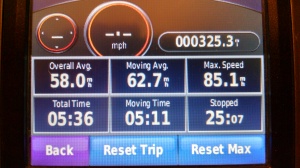